Does the idea of “Failing fast” ever get on your nerves? 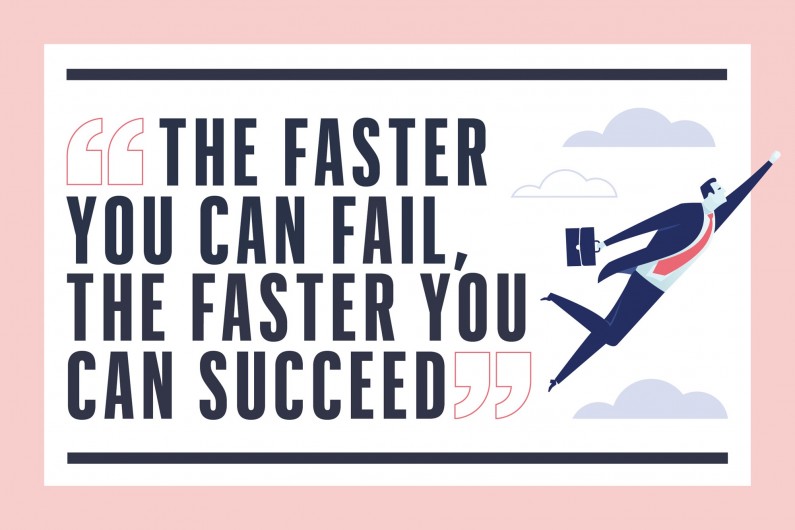 Does the idea of “Failing fast” ever get on your nerves? Have we lost the motivation to get things right first time?

Ignore what those motivational gurus on social media say. Success is a much better outcome than failure. Let me explain.

You hear it all the time. It’s one of those buzzwords people post alongside a motivational picture on Instagram. Fail fast.

Everyone is always sharing their wisdom on how failure is great and the best way to learn. However, I’m not so sure. I think people may be using ‘fail fast’ as an excuse to deliver speedy but poor quality work. Their casual attitude to failure makes them less likely to get it right the first time.

In this article, I’m going to explain what these entrepreneurial ‘thought leaders’ mean by ‘fail fast’. Then, I’ll tell you why they’re wrong.

In their mind, failing at something is the best way to learn. They believe that when you try something and it fails, you’re one step closer to finding success. For them, failure is part of the journey. It’s no surprise that Steve Jobs, Richard Branson and Mark Zuckerberg have all made missteps in their career. It’s what made them great entrepreneurs today.

For so many reasons, I believe that this ‘failure is a badge of honour’ viewpoint is wrong:

Are there any positive things you can say about failure?

There’s nothing like a bit of disaster to keep you humble and stop you getting too big for your boots. Plus, if you are willing to own your failure rather than write it off as part of life, you will find learning opportunities.

Perhaps, there should be a more balanced approach. Successful people take risks all the time, but they are calculated risks. When they take these risks, they give it everything they have and try not to let it fail.

So, next time you see a motivational meme on LinkedIn or Facebook telling you to ‘fail fast’ or ‘fail often’, don’t fall for it. Instead, think of that quote from Apollo 13 instead; ‘Failure is not an option!’